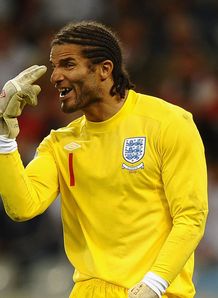 SkySports.com on Thursday that the Championship Robins were close to completing the major coup of landing the England shot-stopper and the deal has now been confirmed.

Celtic and Sundeland had been interested in James, but the clubs dropped their pursuit because they could not reach an agreement with the soon-to-be 40-year-old.

It is understood that the ex-Liverpool, Aston Villa, West Ham and Mancheter City No.1 wanted a one-year deal with an option to extend the terms, which, crucially, was on offer at Ashton Gate.

James passed a medical with Steve Coppell's side on Friday and his contract will become active on 1st August, allowing him to make his expected debut in City's season-opener against Millwall.